The zeta potential of colloidal dispersions is routinely measured using the technique of micro electrophoresis. In this technique, a voltage is applied across a pair of electrodes at either end of a cell containing the particle dispersion. Charged particles are attracted to the oppositely charged electrode and their velocity is measured and expressed in unit field strength as their mobility. Malvern Instruments have always used light scattering techniques to measure the zeta potential of colloidal dispersions. This technical note describes the technique used to measure zeta potential and discusses the technology used in the market leading range of Zetasizer instruments, the Nano series.

Laser Doppler electrophoresis is a technique used to measure the movement of charged particles in an electric field which utilizes the well known Doppler effect. Light scattered from a moving particle experiences a frequency shift (figure 1). Imagine a sample of particles that are stationary (zero velocity). If a laser beam is passed through such a sample, the scattered light has the same frequency (F1) as the incident laser (F1). If however, the particles are moving, the scattered light now has a frequency (F2) greater than the incident laser (F1).

Since the frequency of light is so high (1014Hz), the shift in frequency can only be measured by an optical mixing or interferometric technique. This is done in practice using a pair of mutually coherent laser beams derived from a single source and following similar path lengths. One of these beams must pass through the particle dispersion (this is called the scattering beam). The other beam (called the reference beam) can either pass through the sample or can be routed around the cell. The scattered light from the particles is combined with the reference beam to create intensity variations. 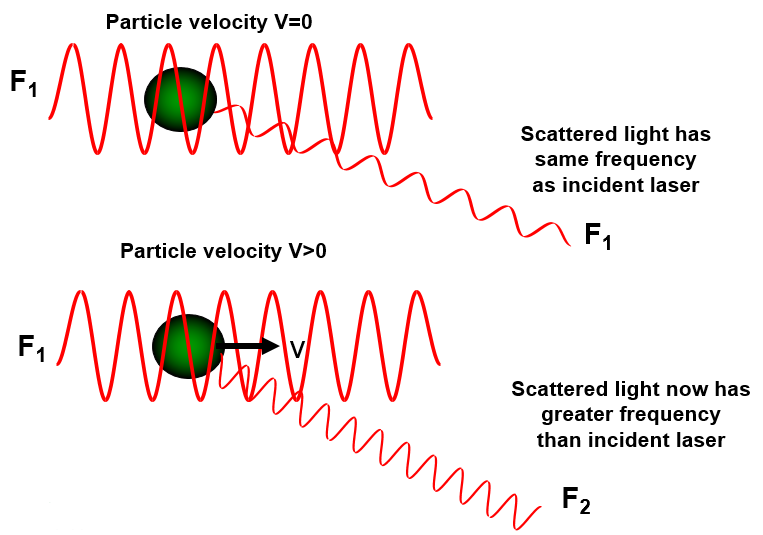 Figure 1: Schematic showing that the frequency of scattered light (F1) will be same as the incident laser (F1) for stationary particles, but will be of a different frequency (F2) if the particles are moving

In instruments where the two laser beams are crossed in the capillary cell, a useful model that can be used to explain the measurement technique is the interference fringe model.

At the crossing point of the beams, interference fringes are formed. The spacing of these fringes will give rise to a certain frequency component in the scattered light as a particle passes through the fringes. The value of this frequency component is determined by the mobility of the particles.

Figure 2 shows an example where a reference beam of frequency F1 is combined with scattered light arising from moving particles. This scattered light has a frequency F2. Combining the two frequencies together gives rise to a modulated beam due to constructive and destructive effects which has a much smaller, measurable frequency. This “beat” frequency is the difference between F1 and F2 and is used to determine the mobility of the particles. These intensity variations can be thought of as the interference fringes referred to earlier. 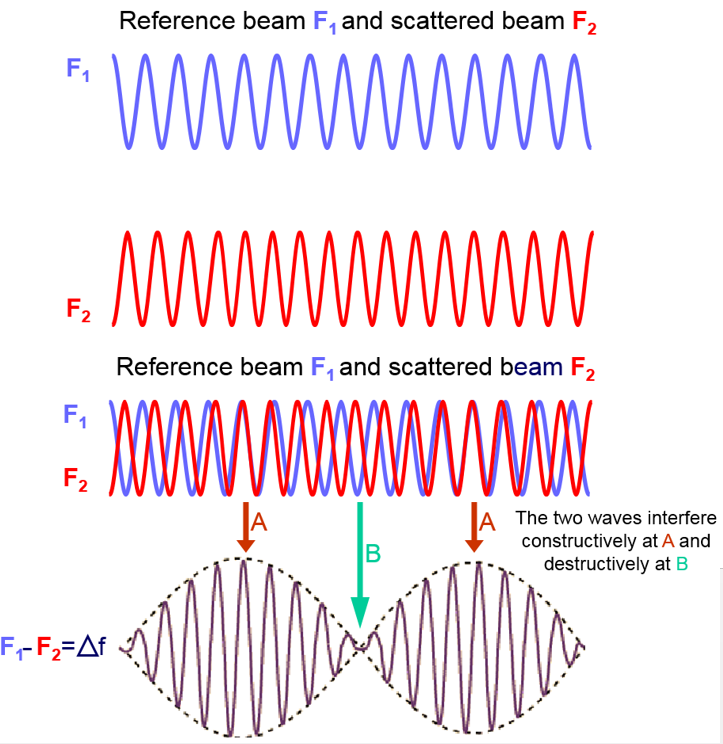 Figure 2: Schematic diagram illustrating how the combination of a reference beam (F1) and scattered beam (F2) gives rise to a beat frequency.

The mobility of the particles in an applied field will therefore produce a frequency shift away from that of the modulator frequency.

Analysis of the Doppler shift in the Zetasizer Nano series is done by using phase analysis light scattering (PALS). Further information on PALS is contained in another technical note available from the Malvern Panalytical website (malvernpanalytical.com). In previous instruments, Doppler shift analysis was performed by Fourier transformation.