The latest lab products to win a prized Seal of Quality have been announced by leading online publisher SelectScience®, including a Silver award for Malvern Panalytical’s Mastersizer 3000.

SelectScience Seals of Quality recognize the laboratory products that have consistently received the highest review ratings from scientists around the world.

They are assigned to only around 0.1 % of products on the SelectScience website and allocated in line with strict criteria based on the quantity of reviews a product has received and the average rating of those reviews. The program, launched in 2017, has been hailed by industry leaders and described as providing ‘invaluable’ information for scientists.

The latest recipients of the coveted awards were recognized at a special presentation ceremony hosted by Arif Butt, CEO and Co-Founder of SelectScience, and Editor, Lois Manton O’Byrne, at Lab Innovations 2019, Birmingham, UK.

“Our Seals of Quality program is designed to help scientists and healthcare professionals across the world see at a glance the lab products most appreciated by their peers,” said Dr. Manton O’Byrne.

“I would like to thank all our reviewers for sharing their valuable opinions and also to congratulate Malvern Panalytical, who have been recognized by the people who matter most — their customers.”

Seal of Quality recipients are announced quarterly and dated by the year in which they are attained. 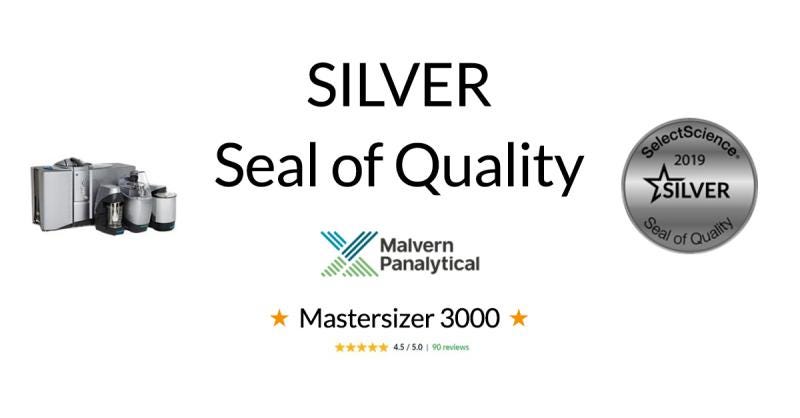