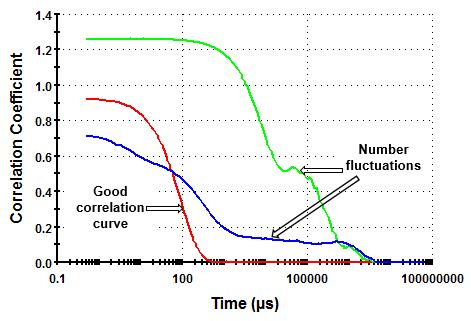 Figure 1:Example correlation functions showing the presence of number fluctuations. In one example, the measured intercept is greater than 1.

Number fluctuations are more problematic with dynamic light scattering instruments that detect scattered light at 90° compared to 173° (Figure 2). The smaller scattering volume associated with 90° detection angle significantly increases the likelihood of number fluctuations if larger particles are present (see Figure 2). As a direct consequence of the smaller scattering volume, the upper size limit for reliable measurements with these systems (such as the Zetasizer µV, APS, Nano S90 and ZS90), is significantly lower than for instruments with 173° detection angles (such as the Nano S, ZS and ZSP). 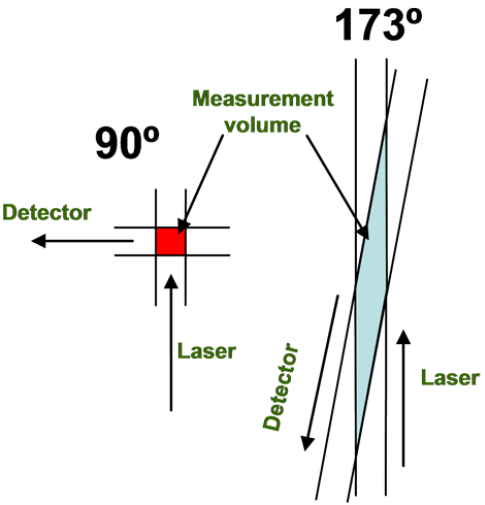 Figure 2:Schematic showing the difference in scattering volumes between a 90° and 173° detection angle DLS instrument.

Factors that can lead to number fluctuations are the presence of small amounts of dust, the presence of sample particles that are outside the range of the technique, or very low sample concentrations. The latter is a factor that can only be addressed by increasing the sample concentration. With regard to dust and very large particles however, one can either spin the sample in a bench top centrifuge for about 5 minutes or let the sample set undisturbed in the cell chamber for 5 to 10 minutes to allow settling of the larger particles, and ultimately achieve reasonable measurement conditions. Alternatively, the sample could be filtered through an appropriate pore size filter to remove the large material.

If the measurement is set up in the Zetasizer software to be run with automatic duration, random number fluctuations are automatically removed from the measured average correlation curve. The measurement is split into a series of 10 second sub runs and the final result will contain 50% of the sub runs with the lowest mean count rates i.e. the sub runs which do not show number fluctuations. However, if each of the sub-runs of data is contaminated by the effect of number fluctuations, then any data will be treated as real and the size distribution results will reflect the presence of very large particles.