Topical drug products are locally-acting therapies typically used to treat skin conditions. Some formulations have solid drug particles suspended in a gel or cream for application onto the skin. Characterising the microstructure of these solid particles can help to rationalise the formulation design and be used to support in vitro bioequivalence in lieu of expensive clinical end-point studies.

EpiduoTM is a topical formulation used for the treatment of common acne. It comprises the two active pharmaceutical ingredients (APIs) adapalene and benzoyl peroxide, which are crystalline particles suspended in a gel for dermal delivery. Using Morphologically-Directed Raman Spectroscopy (MDRS®) on the Morphologi 4-ID, the API components can be automatically and independently characterized within the formulation, providing information for formulation scientists about the microstructure of this product. Traditionally, this may have been achieved by manual microscopy, which is both time-consuming and subjective, especially as it is difficult to distinguish between the particle types from the optical image alone. Further, comparing the component-specific particle size distributions generated for each API between an innovator and generic product may help demonstrate bioequivalence, reducing the need for costly clinical trials. 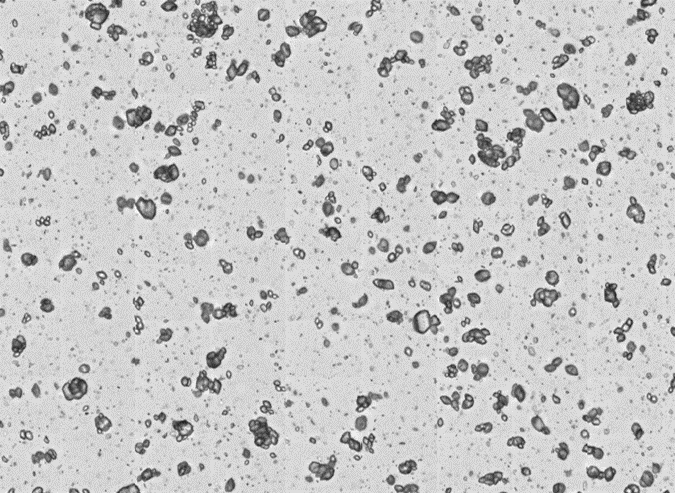 Three samples were prepared as described above and analyzed using MDRS with the Morphologi 4-ID. This technique is a fully automated procedure that first scans the sample using image analysis to provide morphological information on the particles, followed by chemical identification of the particles using the integrated Raman spectrometer.

The image analysis was conducted using a 50x magnification objective lens and Sharp Edge image segmentation. Touching particles and incomplete images were filtered out using Convexity (<0.85) and Intensity Standard Deviation (<5.0) filters, to leave between 60,000 to 100,000 particle images from a 30-minute scan time. 4,000 particles with circular equivalent diameters larger than 1 µm were then targeted for chemical identification with the Raman laser at 100% power and a 2-second acquisition time.

From the Raman spectra collected, two components were found, one of which was identified as the API, benzoyl peroxide, using the KnowItAll® library by BioRad. Therefore, it was inferred that the second component was the second API, adapalene. An internal library of the two reference spectra (Figure 2) was set up to enable each particle measured by Raman to be identified as one of the two APIs. 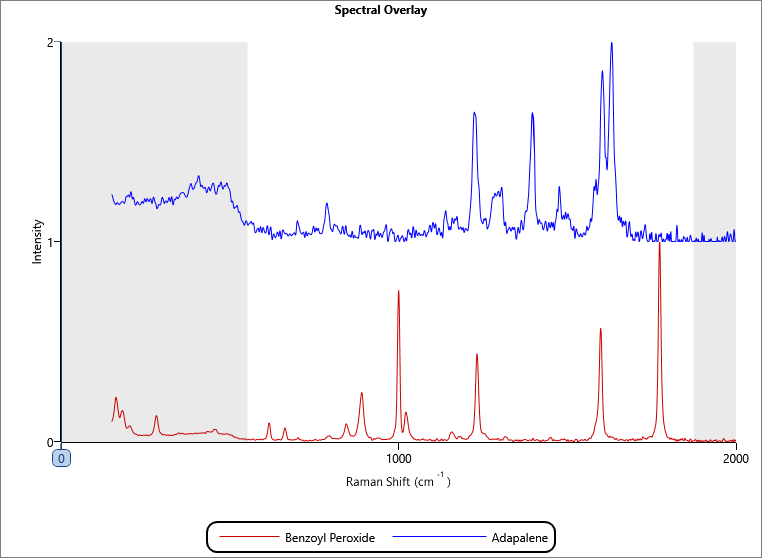 Figure 3 shows an overlay of the circular equivalent particle size distributions, transformed by volume, for the three measurements and a table of results, along with example particle images. The distributions were consistent between runs and appeared slightly asymmetric with an average D[v, 0.5] of 21 µm and a tail to the lower size end. Figure 4 shows the same results displayed by number, but here the distributions appear bimodal, with peaks around 1.5 µm and 10 µm.

Figure 3: Circular Equivalent Diameter distributions by volume of three samples of Epiduo, with a table of results

Figure 4: Circular Equivalent Diameter distributions by number of three samples of Epiduo, with a table of results

Analyzing the Microstructure of the APIs

The size distributions by number revealed coarse and fine fractions, with substantially fewer particles in the coarse fraction. To investigate the chemical identity of each fraction, two classifications were set, based on particle sizes above and below 10 µm. To give the classifications equal weighting, 2,000 particles from each were targeted for Raman analysis. These classifications were set in the Standard Operating Procedure (SOP) and used in the triplicate runs. The data output from each run contained the chemically analyzed particles, identified as either adapalene or benzoyl peroxide in both the above or below 10 µm size classes.

The three records produced were combined and then separated into four records with the following categories: 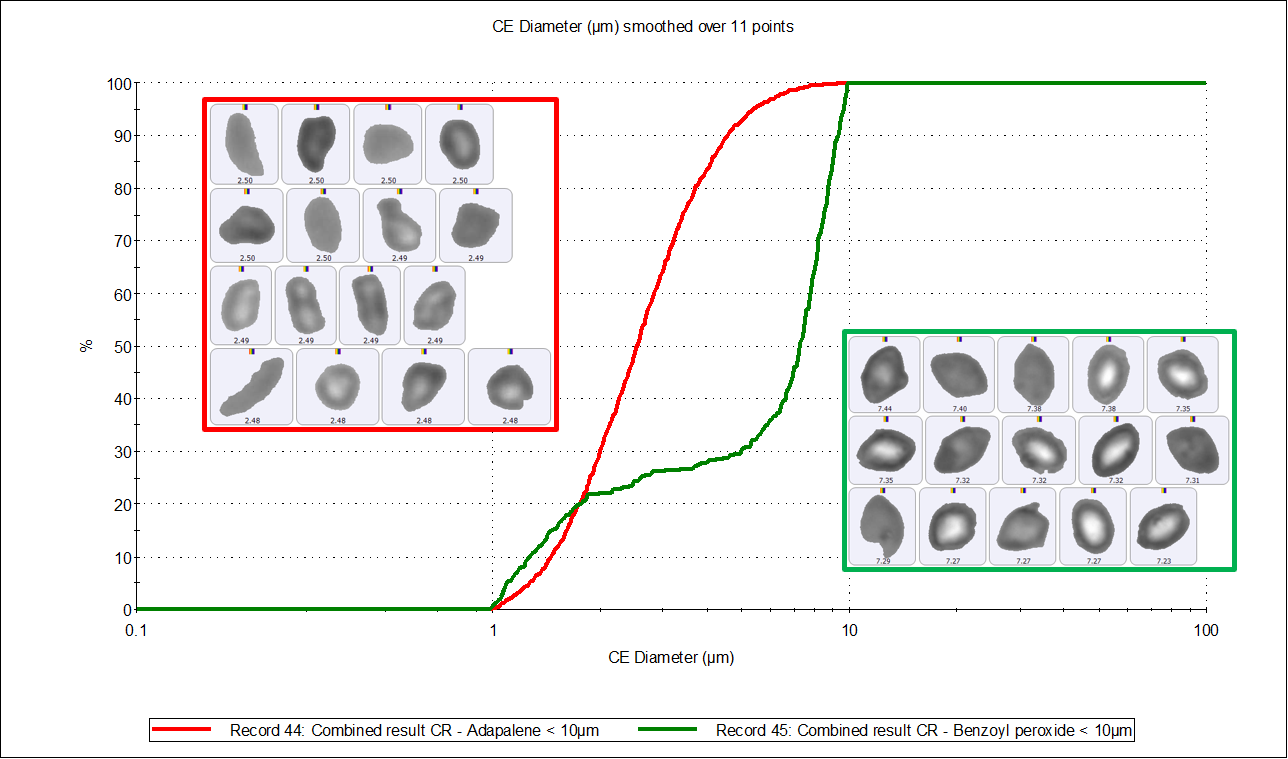 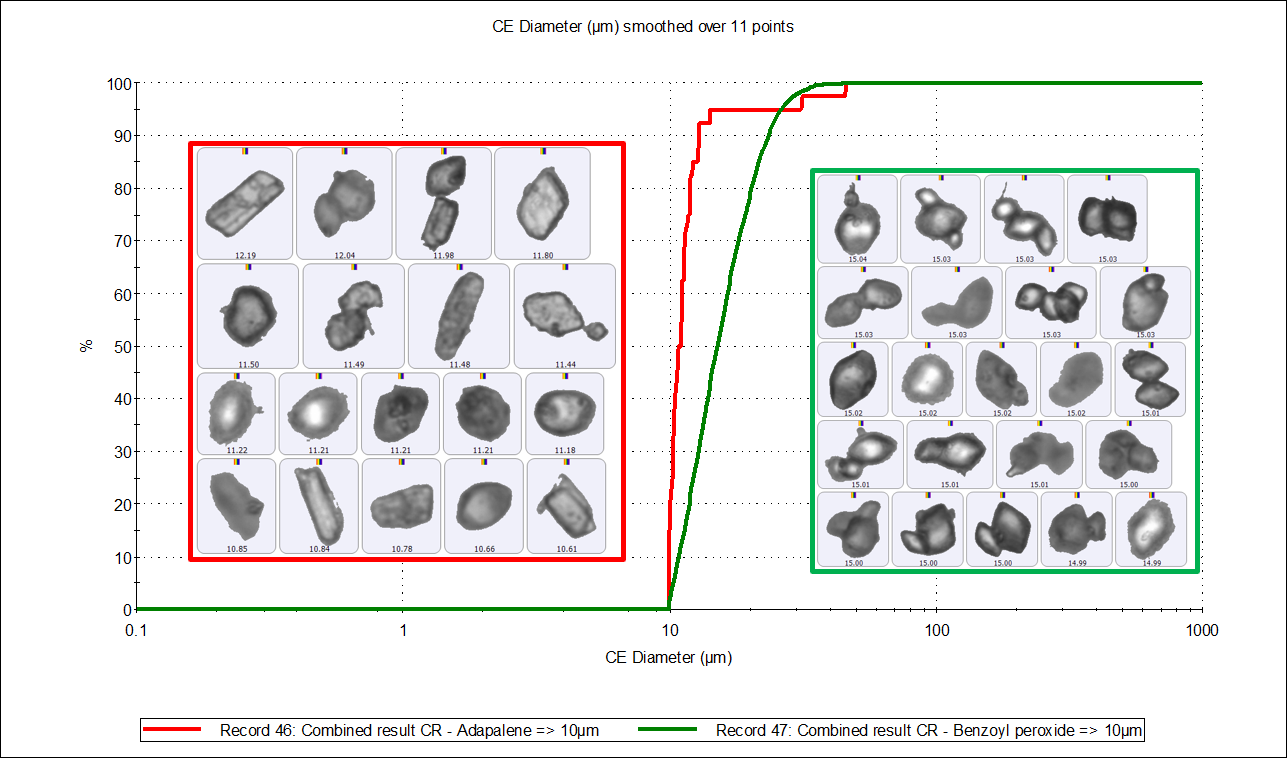 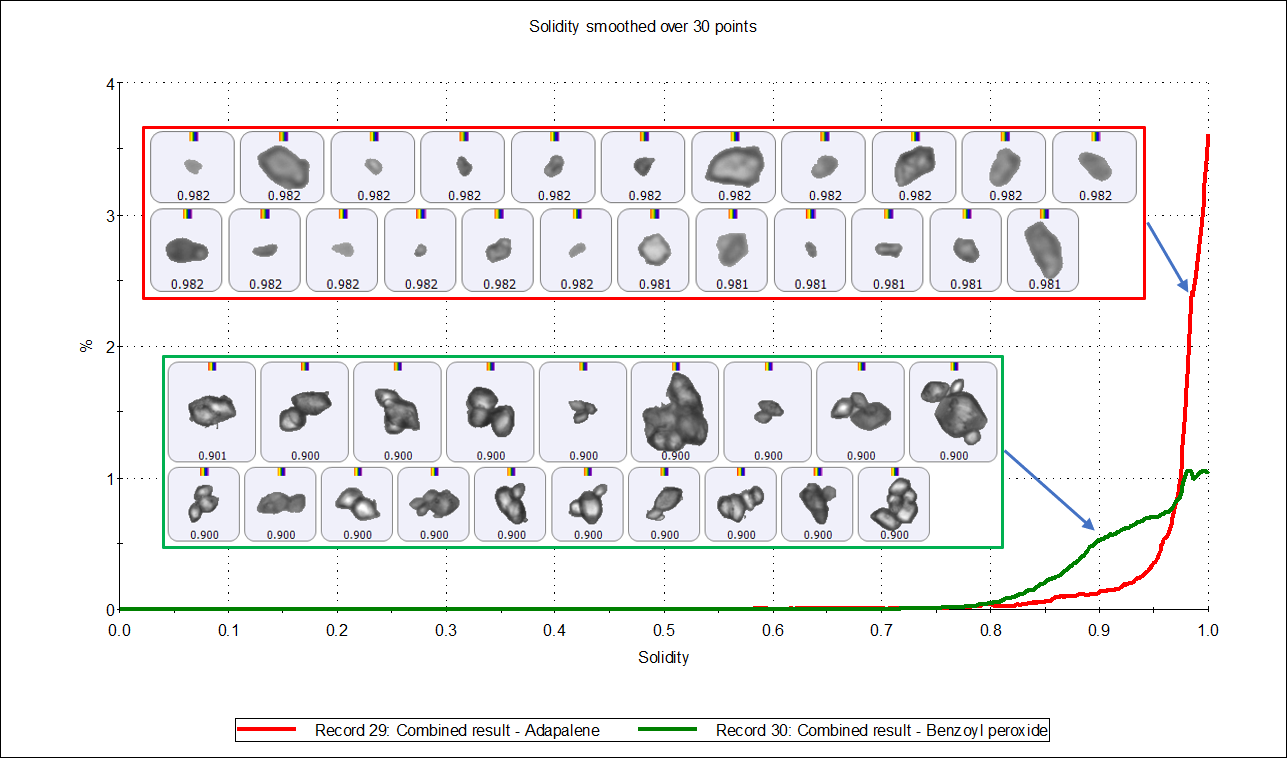 Epiduo is a locally-acting product developed to treat skin conditions and is applied once daily. Adapalene’s mode of action is to unclog hair follicle pores in a process known as comedolysis [1], which subsequently enables the antibacterial, benzoyl peroxide, to access the pores and treat the inflammation. There is some evidence that application of adapalene a few minutes prior to application of an antimicrobial drug can improve the efficacy of the treatment [2].

Understanding the particle morphology of each API in a combination product could be key to unlocking equivalent efficacy for a generic product, which could help to find a path to bioequivalence.

Whilst the size range classes are useful to ensure chemical analysis of comparative numbers of large and small particles, this also places an artificial bias on the true size distribution. A future development of this method would be to remove the size range classifications and analyze all sizes at random to give a more accurate representation of the sample. The outcome from this would enable the measurement of size distributions from both APIs, which could subsequently be used for in vitro Q3 bioequivalence studies as has been described in the draft guidance for other topical products including acyclovir, silver sulfadiazine, dapsone and docosanol [3]. Here, the guidance advises that an in vitro option for bioequivalence is possible if the test and reference product can be demonstrated to be physically and structurally the same through “analysis of particle size distribution and crystal habit with representative microscopic images at multiple magnifications”.

Using MDRS, the particle size distributions of the two APIs adapalene and benzoyl peroxide were individually and reproducibly measured from within the Epiduo topical product. Significant differences between the two APIs’ particle sizes were found, which may be critical to the design of the formulation. In this case, specifications based on the MDRS data may be set for the individual APIs, which would not be possible from the imaging data alone.