Multi-angle dynamic light scattering, or MADLS®, combines the scattering angle information from Mie theory and the particle size distribution analysis from a dynamic light scattering measurement in an integrated method. The lower noise, and hence reduced smoothing, enables a more reliable and accurate representation of the particle size distribution with improved characterization of individual components of a multi-component sample.

Key benefits of MADLS® include:

In a traditional dynamic light scattering (DLS) measurement, a dispersion of particles is illuminated by a coherent light source. A fraction of the light is scattered by particles within the sample. Some of this scattering is detected at a single specified angle. The fluctuations of the scattering intensity are then analyzed using a technique called autocorrelation. The size of the particles in dispersion is then derived from this autocorrelation data. This calculation uses the scattering detection angle in addition to the temperature and viscosity of the dispersant.

The intensity of light scattered by the sample depends upon the size and refractive index of the particles, and the angle at which scattering is detected - this is described by Mie theory. This means that particles of different sizes in the same sample are not all detected with the same sensitivity. A traditional single-angle DLS measurement may therefore report a different particle size distribution for a mixture, depending on the angle at which the measurement is performed. This explains why it is important to quote the scattering angle used to obtain a DLS result.

In a MADLS measurement, the correlation data from several detection angles are combined with this knowledge of Mie theory to generate a higher resolution particle size distribution. Fitting across multiple representations of the same sample also suppresses noise in the measurement, meaning a more reliable distribution can be calculated, which undergoes less smoothing and can be calculated to a higher precision than in traditional distribution analysis techniques. These improvements mean that MADLS allows improved resolution of near size components (from 3:1 to 2:1). 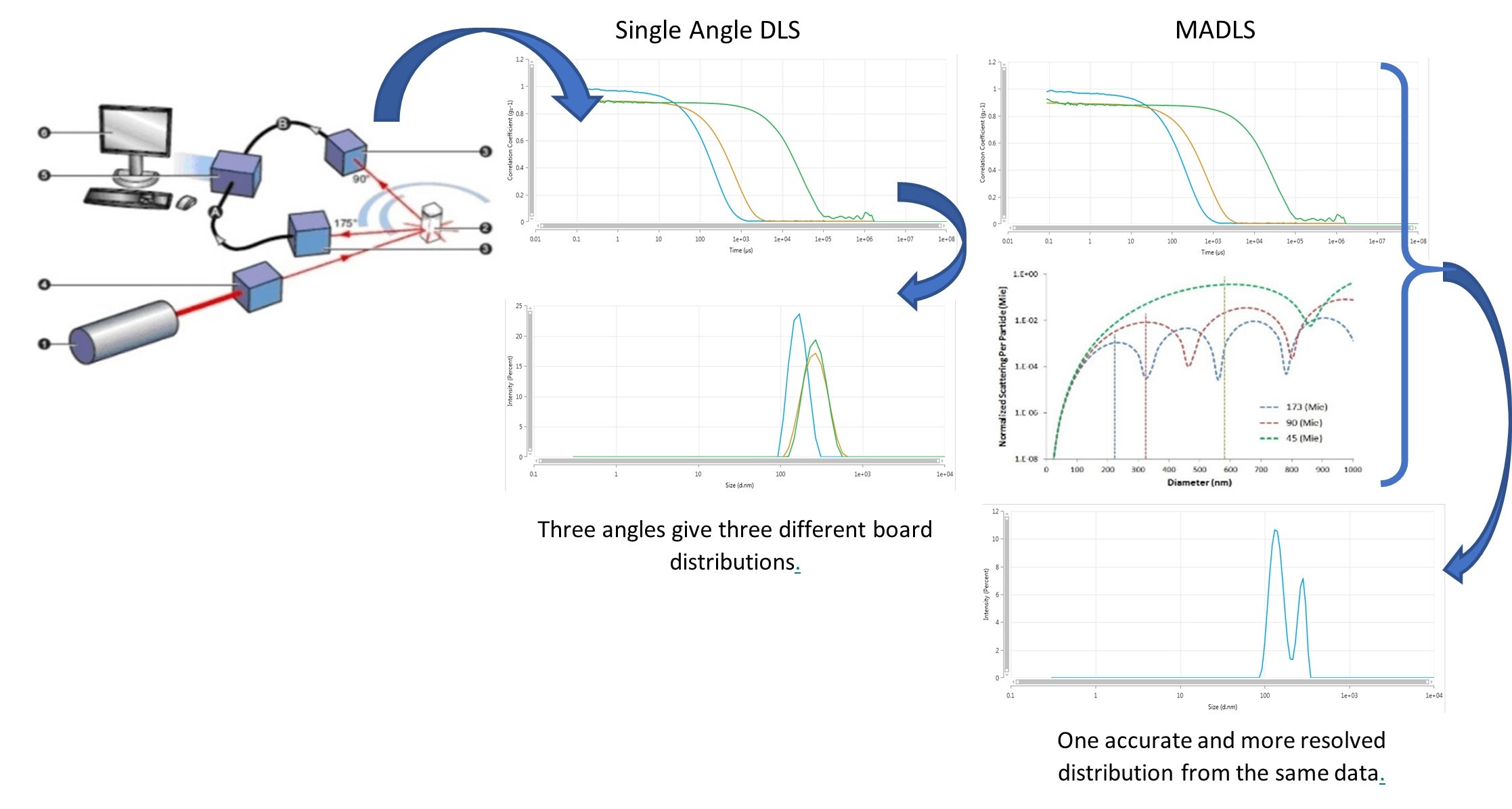